There’s a conspiracy out there. It’s people – men and women – continuing to give words about women negative connotations. It’s continually stripping women of embracing labels that define them and give them a voice.

Example One:  A Crone.

According to Merriam Webster, a Crone is a cruel or ugly old woman. Google defines a Crone as an old, thin and ugly, while dictionary.com has her as “a withered, witchlike old woman. The commonality in all definitions is old woman. And we wonder where we get our societal clues that aging, particularly for women is a negative experience!

I am a Crone. There, I’ve adopted the label and I’m here to tell you I’m not yet withered, thin, or ugly. I’m not a natural born beauty, but I’ve got enough self-confidence to embrace that I’ve still got a little something.

The word Crone is derived from the Greek word khronios, meaning long-lasting. I grew up thinking long-lasting was a positive quality as in fine Swiss watches and aged wine. Why then, when applied to women, does it become negative?

Some of it may stem from politics. Cronyism, or having cronies on your team, implies you’ve put people in positions without regard to abilities. It stemmed from putting people in positions whom you trusted because you had some sort of long-lasting relationship with them even if they did not have had the best qualifications for the job. The politician trusted them to not stab “him” in the back.

When we make cronyism negative, it doesn’t help Crones. It also doesn’t help younger people who are talented and want to try something new regardless of their current level of experience and have a connection to get started putting their talents to work in new ways. And, might not politics be better served by having older (and younger) women in positions of power than the current slate of stodgy old men?

Witches are defined as: “a woman thought to have magic powers, especially evil ones,” “an ugly or unpleasant woman,” and the 180 degree definition – “a charming or alluring girl or woman.”

According to Lisa Lister, author of the book Witch, “the modern witch movement is all about female empowerment.” Therefore, I’m willing to say here and now I might be a witch. If I am, I’m a good witch, but a witch nonetheless. I aspire to be charming and like being charmed.

In my heyday female empowerment was called Feminism, a term that is also coming under increasing fire. Feminism was originally a movement to gain equal rights for women economically, politically and socially including equal pay for equal work.

Some women recoil at being called Feminists and now consider it a “dirty word.” They give it additional meanings such as radicalism, or anti-motherhood, or just “in-your-face, loud, annoying women.” There it is again, negative connotations for women banding together either a covens, march buddies, or suffragettes.

I am a feminist. I have been (if not before) ever since I read The Women’s Room by 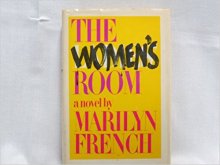 Marilyn French in 1977. It still has a hallowed place on my bookshelf. I need to take it down and reread it to find out why it was so powerful in my twenties.

Now that I’m a Crone, Witch and Feminist, I’m comfortable adopting the terms that others try to make into negative labels.  If we give up the labels, we’ve let the name callers win.  During elementary school days, that was akin to letting the bullies and mean girls win. I’m taking back my labels and wearing them on my sleeve (figuratively not as a tat), just because (let’s face it) tattoos just don’t look that charming on Crones.

Focus on Common Sense Gun Sanity:  The Crone of Gun Control is Sen. Diane Feinstein of California, now 84 years old and in her 5th term.  She has been fighting the good fight since 1978, when she was one of the first on the scene at the murder of Harvey Milk, the first openly gay elected official in California.  She was elected to Congress in 1992 focused on the issue. Let’s make sure not to denigrate her for her age and wisdom, but instead honor her dedication to a cause long before the rest of us came to realize it required more attention.